Giannis, the fisherman, started a little tavern to sell his self caught fish in the evenings to locals and tourists.

Giorgos, his son, is also a fisherman and was fishing in the mornings and helping in his father’s tavern in the evenings.

In 1988, Giorgos met Cindy who had come to the island from Eindhoven, Holland, to help her father whom had opened a little restaurant there in 1987.

Giorgos and Cindy got married in 1992 and had three children – Giannis, Aristea and Zoï.

In 1997, they decided to start their own taverna in a beautiful spot on the harbour, selling the self caught fish and that of the families fishing boats as well as Greek cuisine and a choice for meat lovers.

All children have been helping along in the taverna from a very young age.

The son, Giannis, named after his grandfather, is stepping in his fathers and grandfathers footsteps and it is easily said that he is the best and most passionate fisherman of all the family, if not off whole island.

He is now working hard to slowly “take over” and of course, with every new generation, come new ideas. In 2021, Poseidon tavern, has had a complete makeover and is now Poseidon restaurant. Completely renovated, the restaurant now has a beautiful, modern, bright, natural new ambiance, with a cozy atmosphere and always with the same warm Greek family hospitality.

Giorgos and Cindy with their children and granddaughter 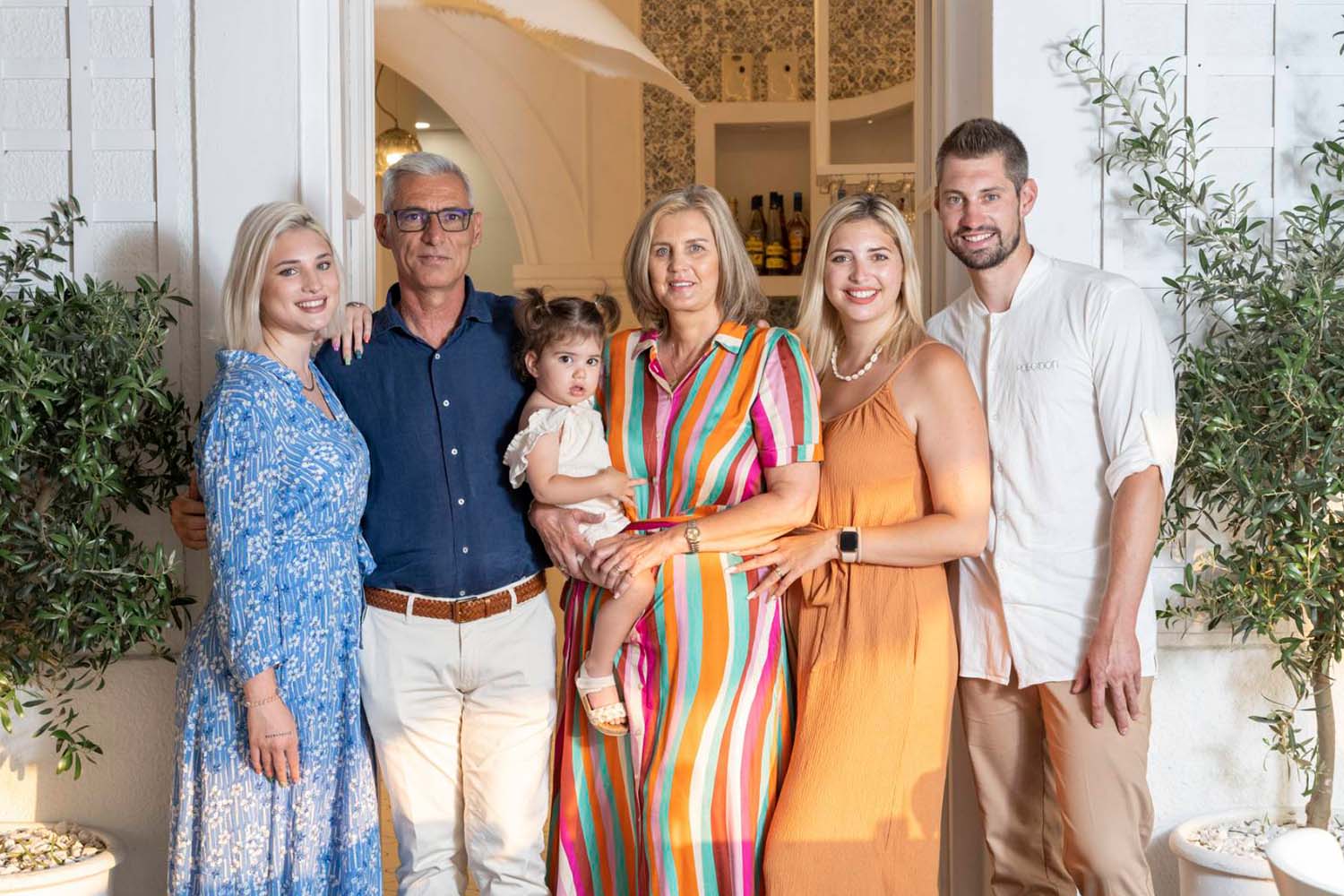 Giorgos and his
son Giannis 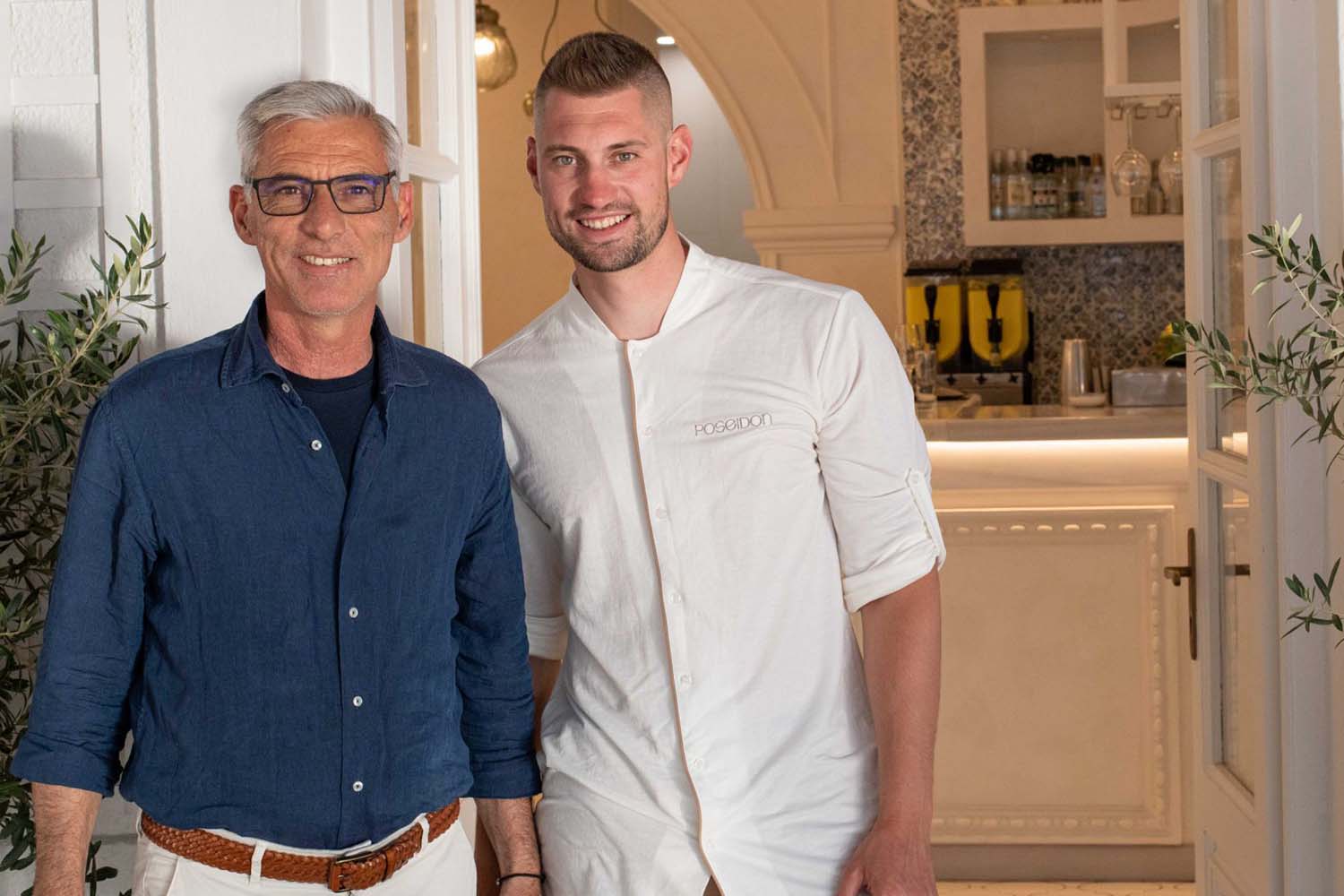 Our daughter Zoi with
her niece Zoe 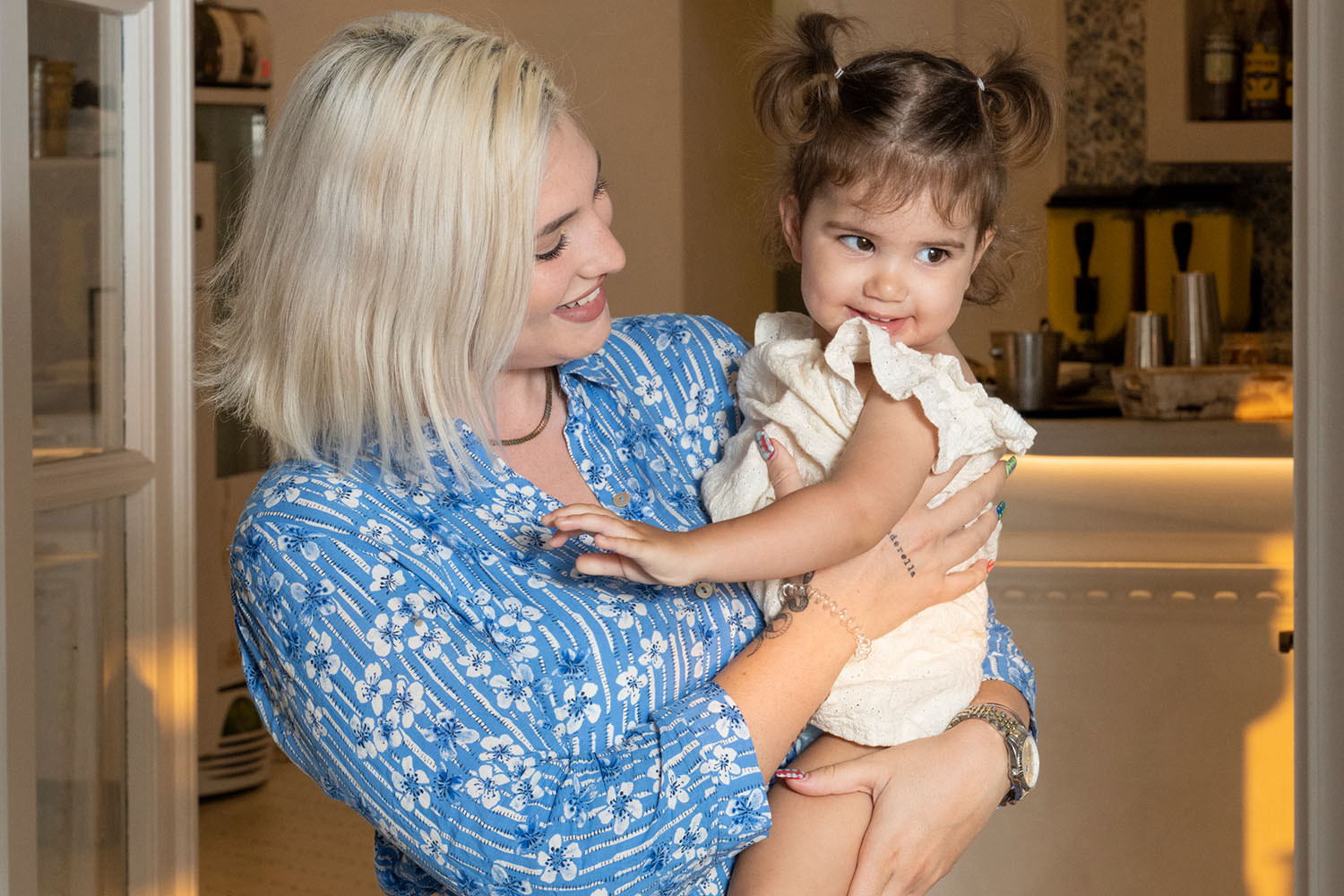 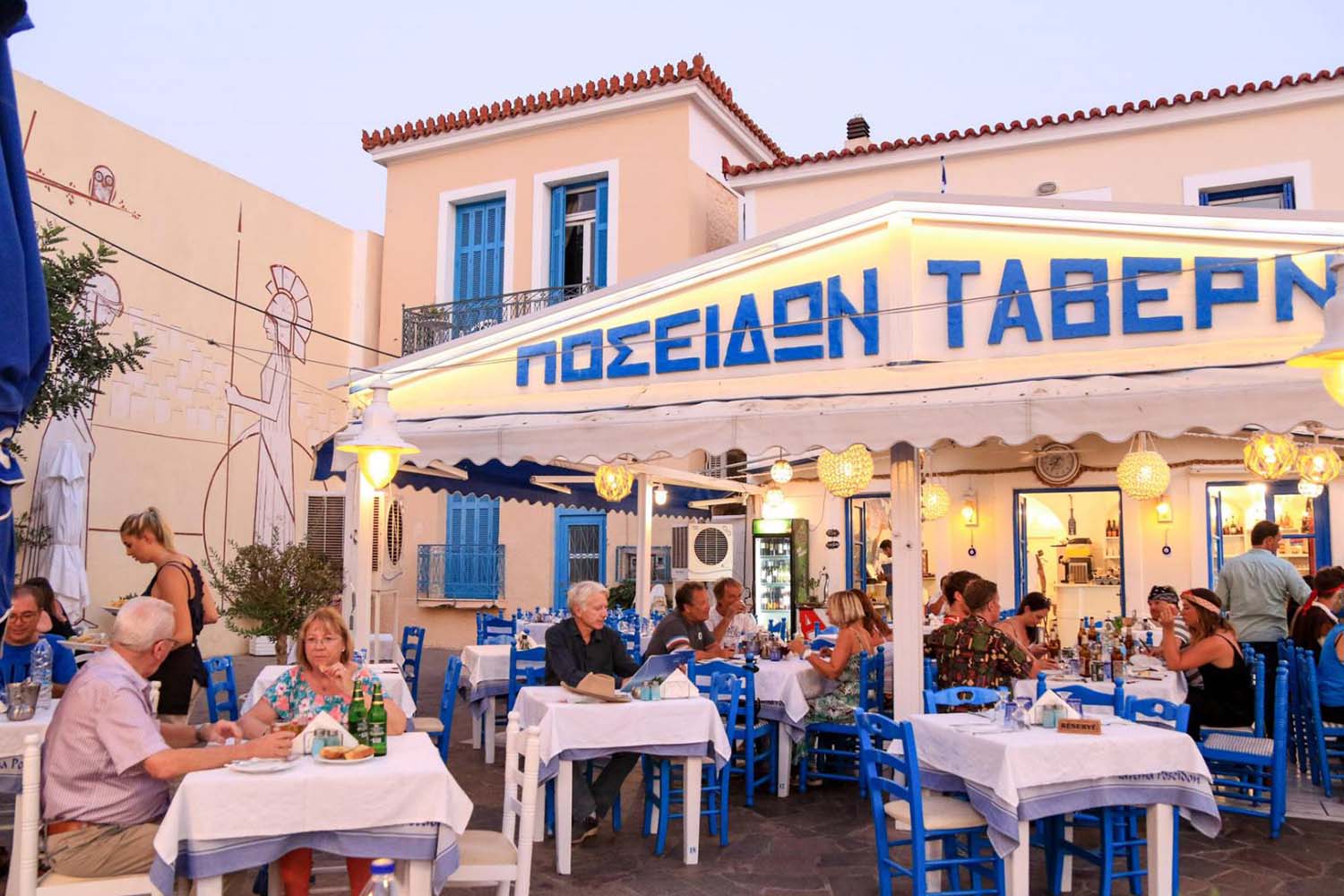 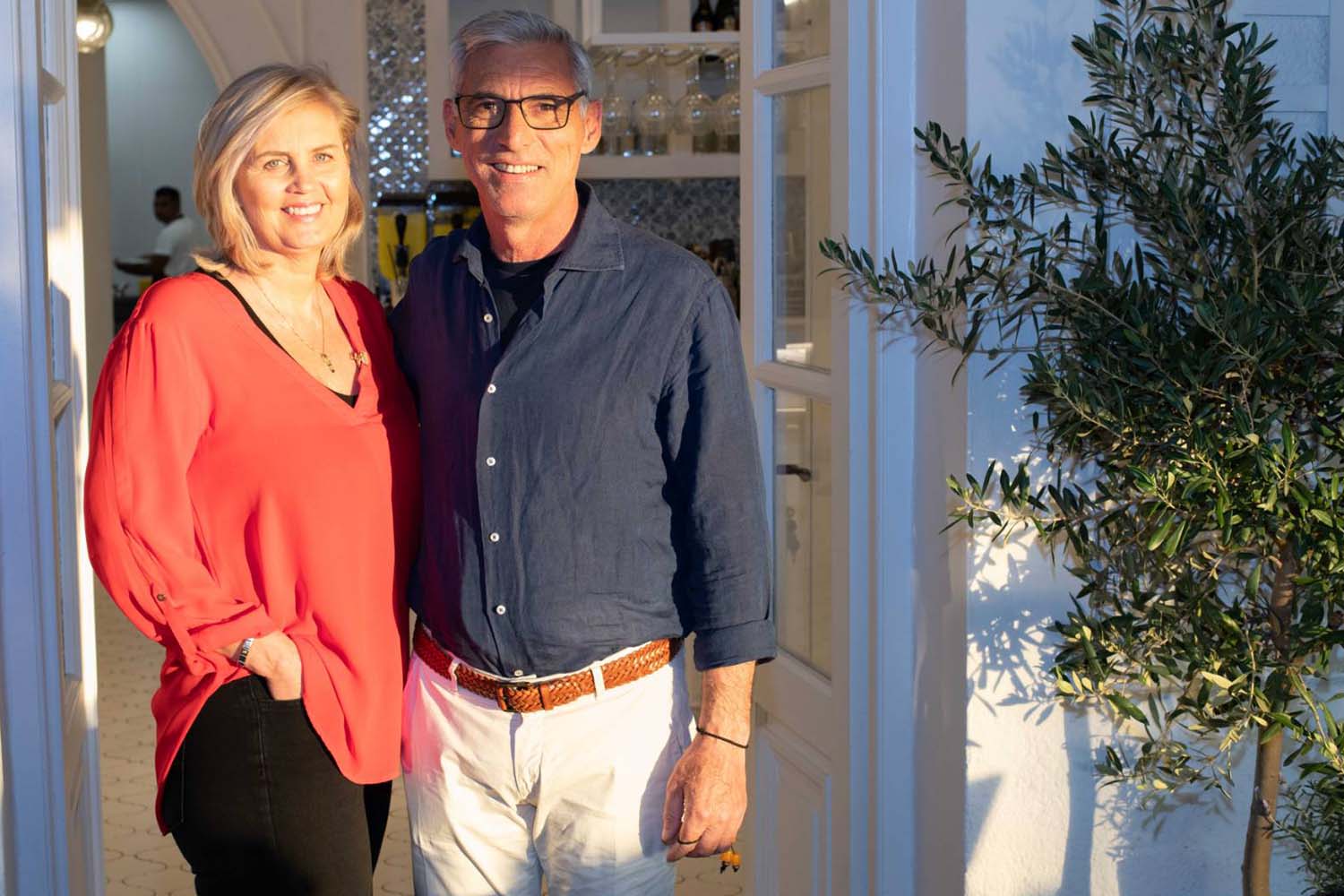 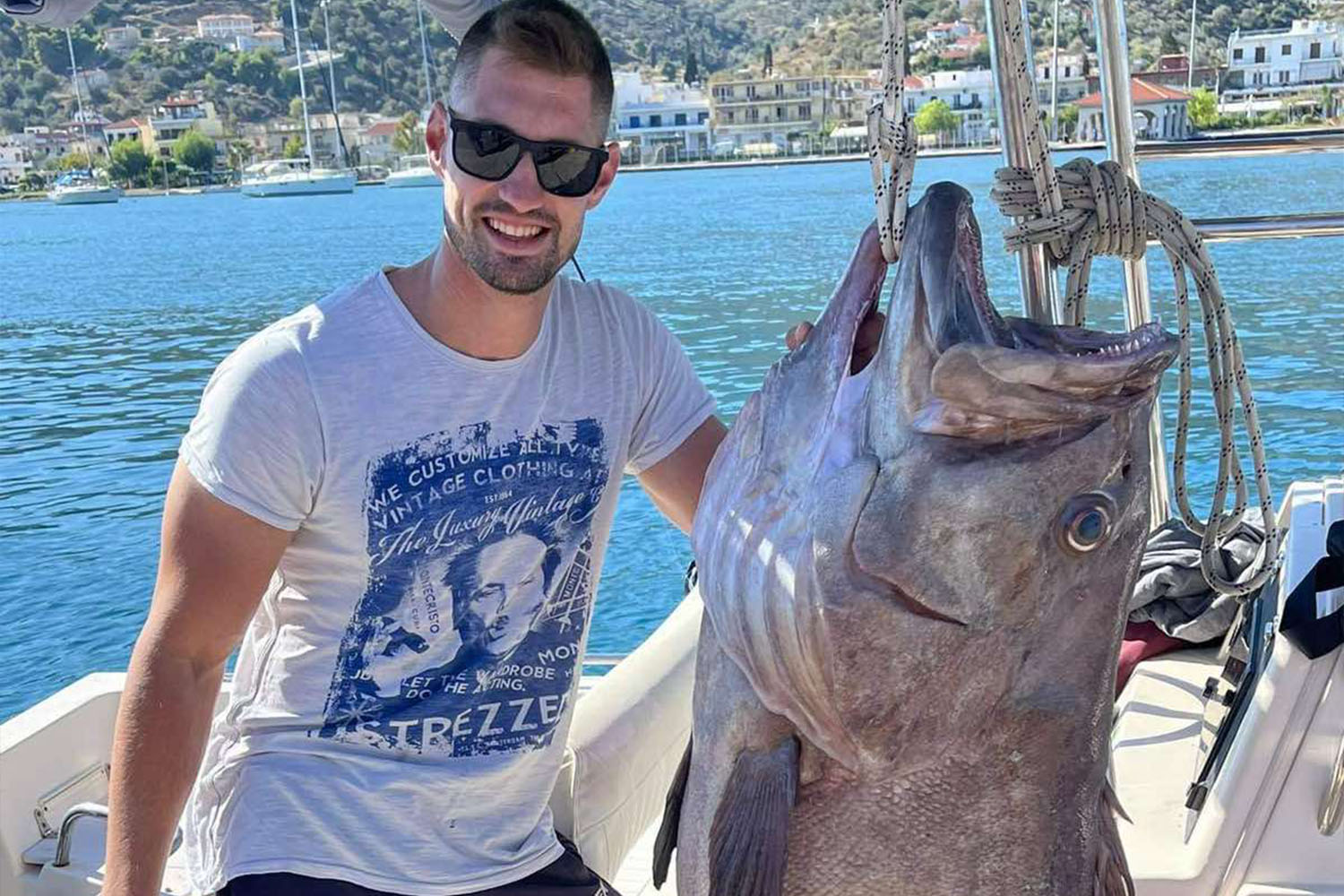 Giannis at the age
of twelve grilling octopus 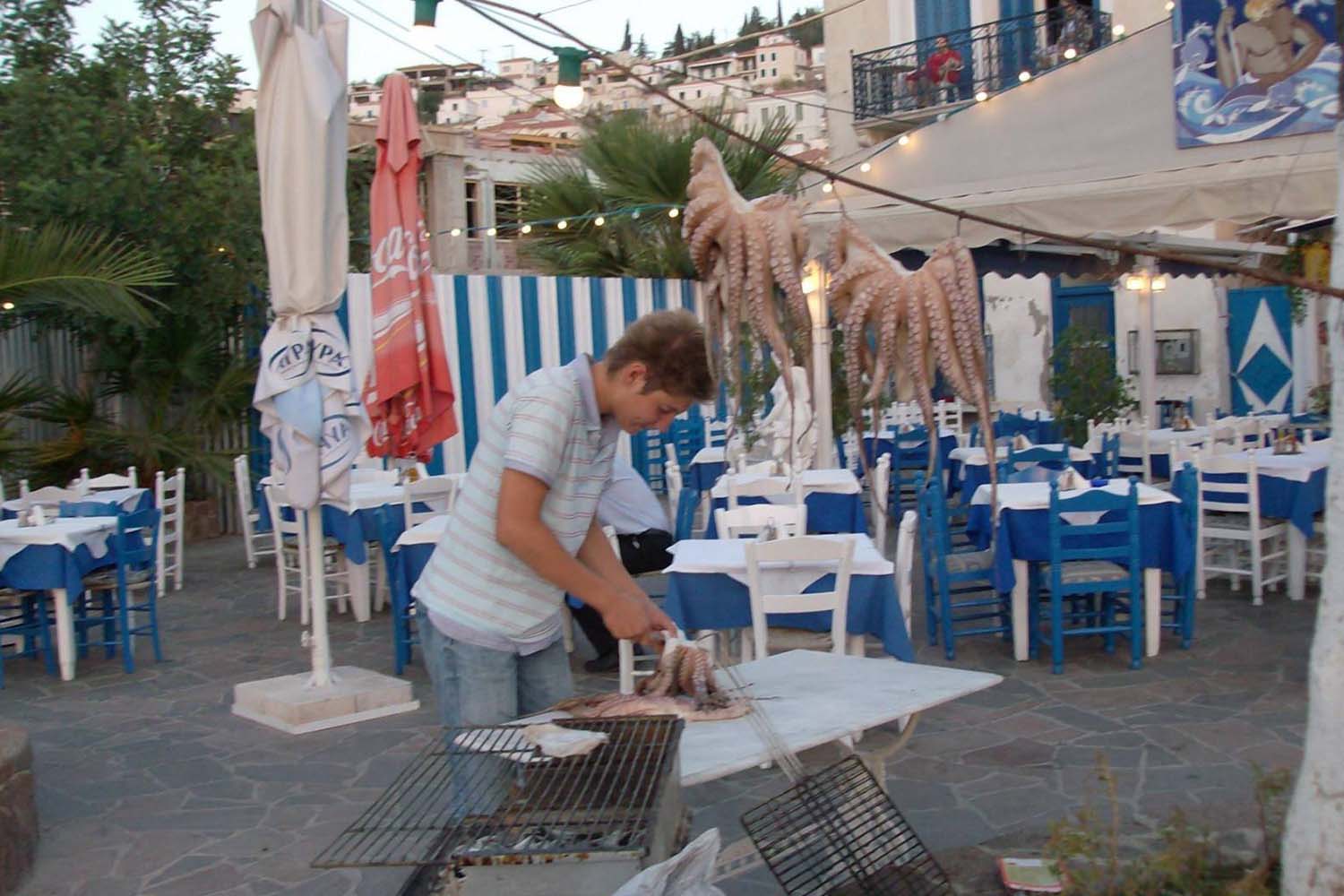 Giorgos' Catch
of the day 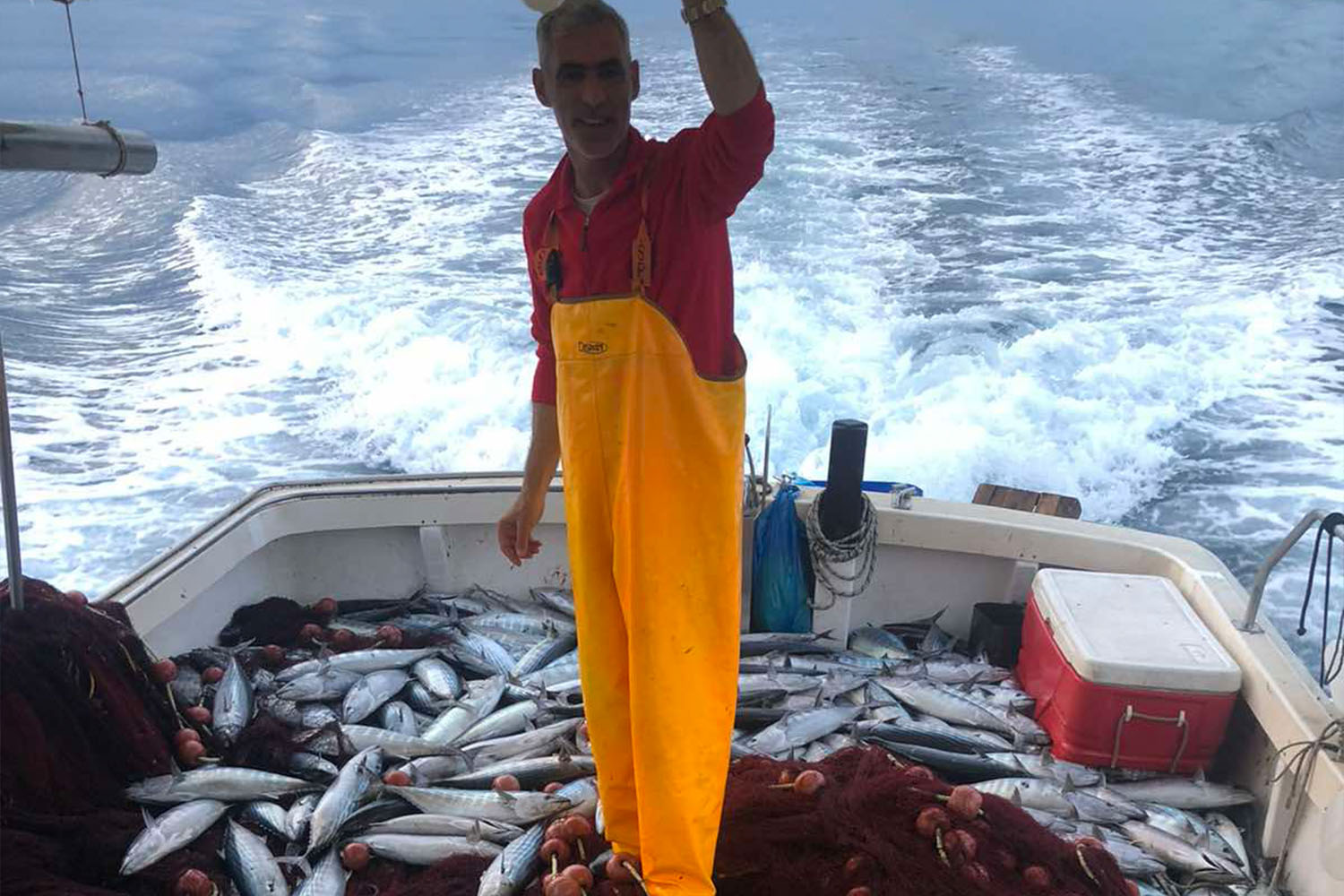 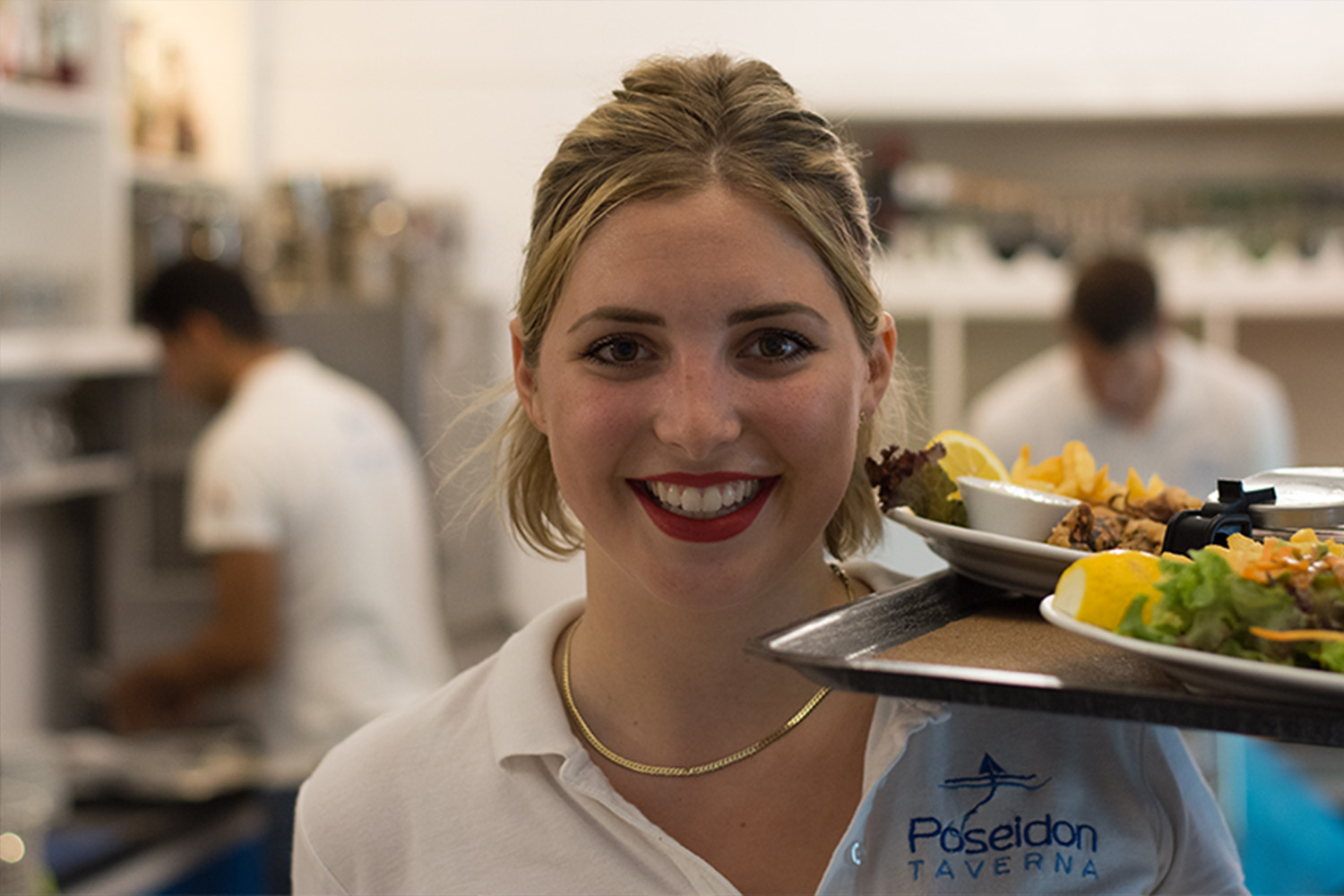 Grandfather Giannis with
grandson Giannis in 1994 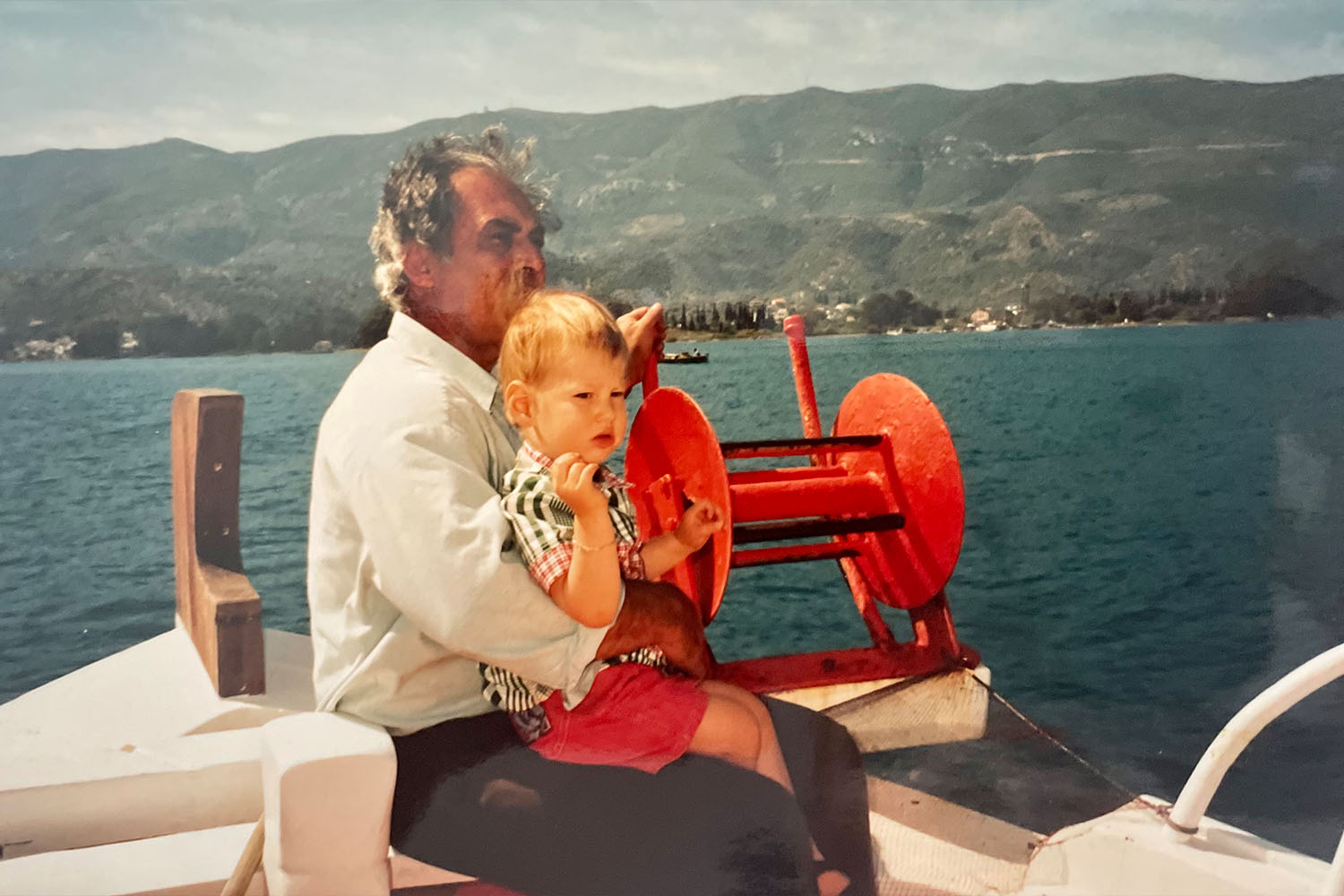 Giorgos with his
granddaughter Zoe 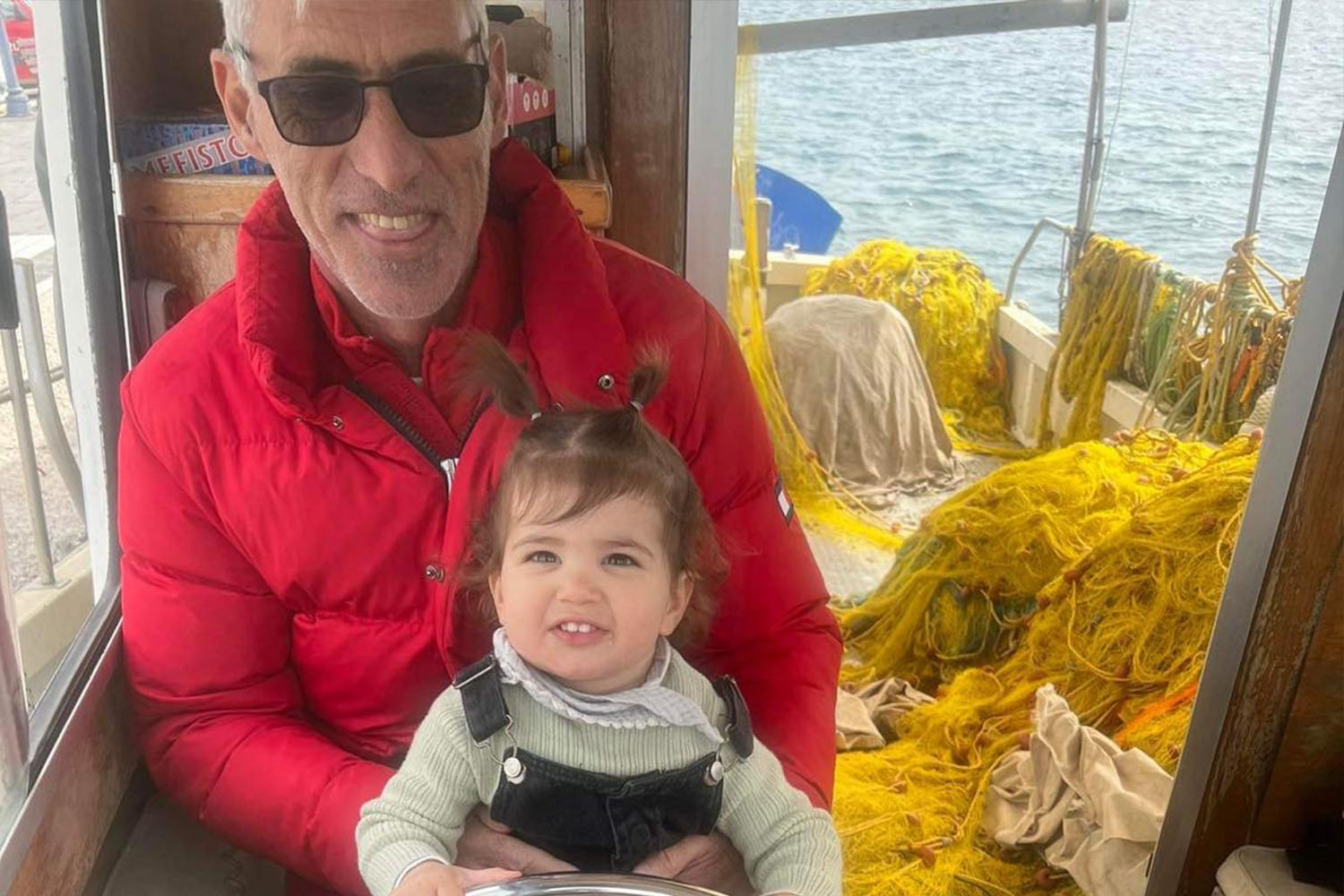